Redesigning the retail experience for a legacy stationery brand 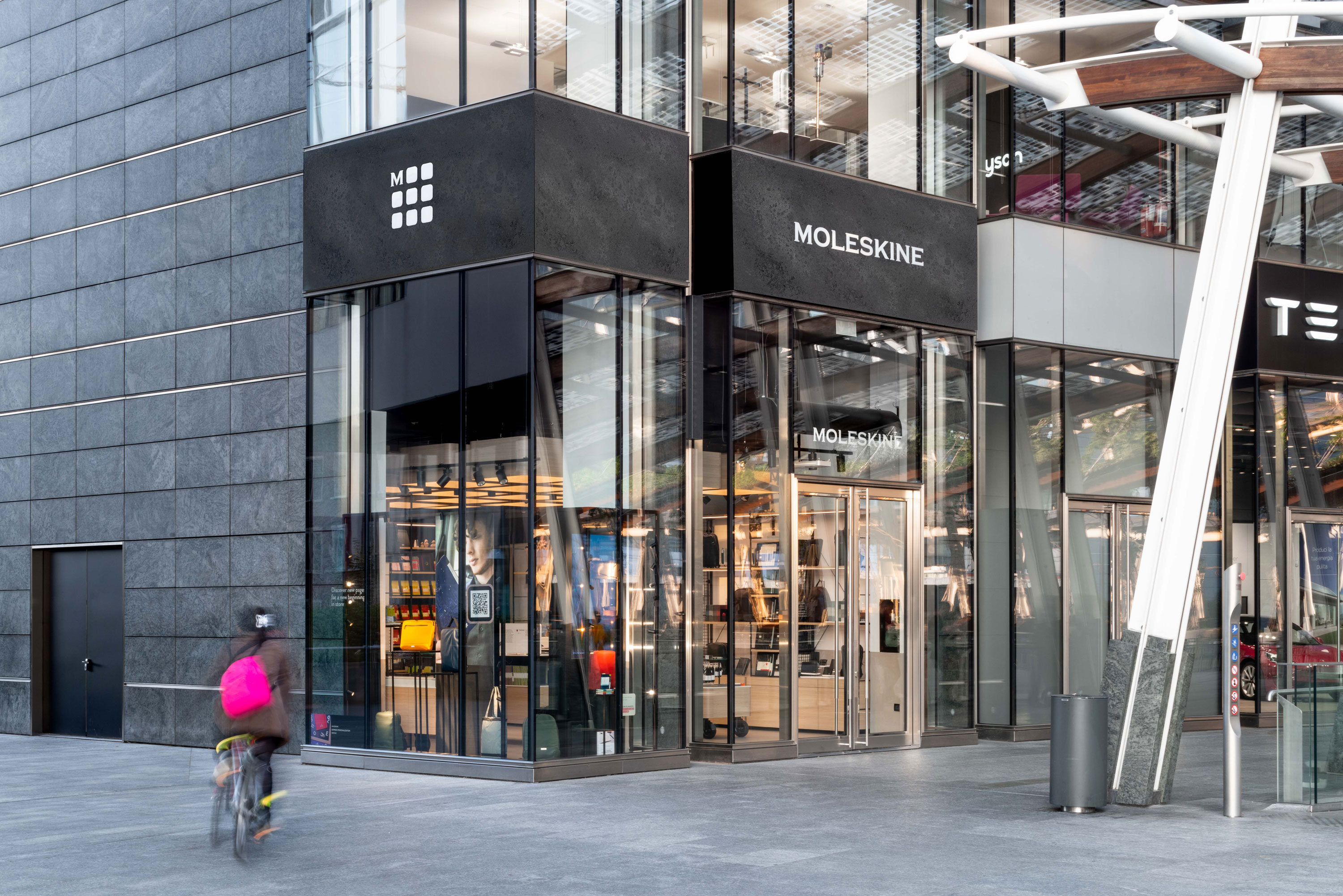 Moleskine has become more than the classic notebook maker. It’s both an eco-system of objects which inspires imaginations and fuels creative practice, and a platform which celebrates talent, champions originality and cherishes long-term thinking.

We were invited to reimagine their retail spaces that would be implemented across the globe from flagship to concession. The new retail concept looked to create experiences that are personal, relevant and authentic, while encompassing all aspects of Moleskine and its new direction as both a physical and digital platform for inspiration. 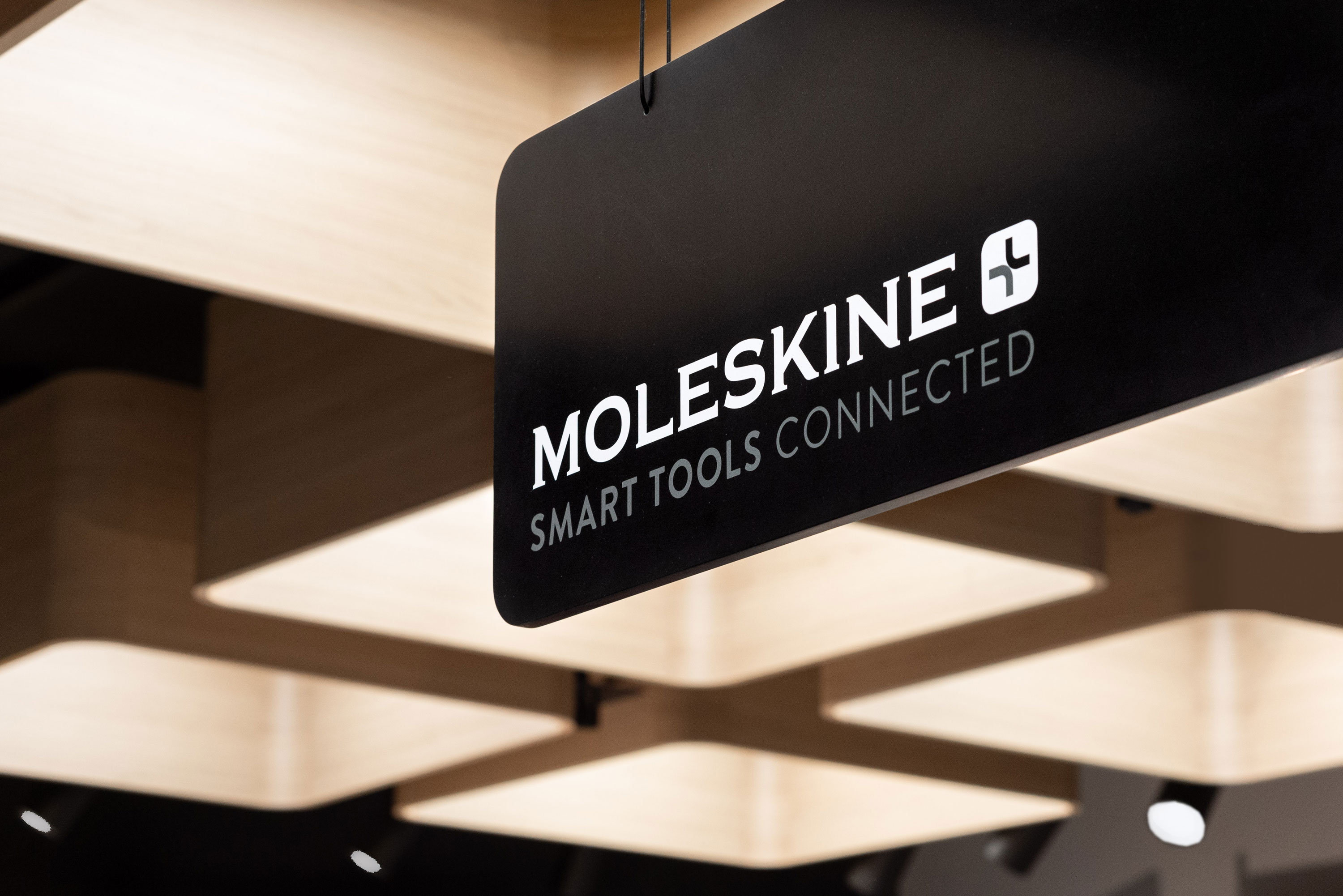 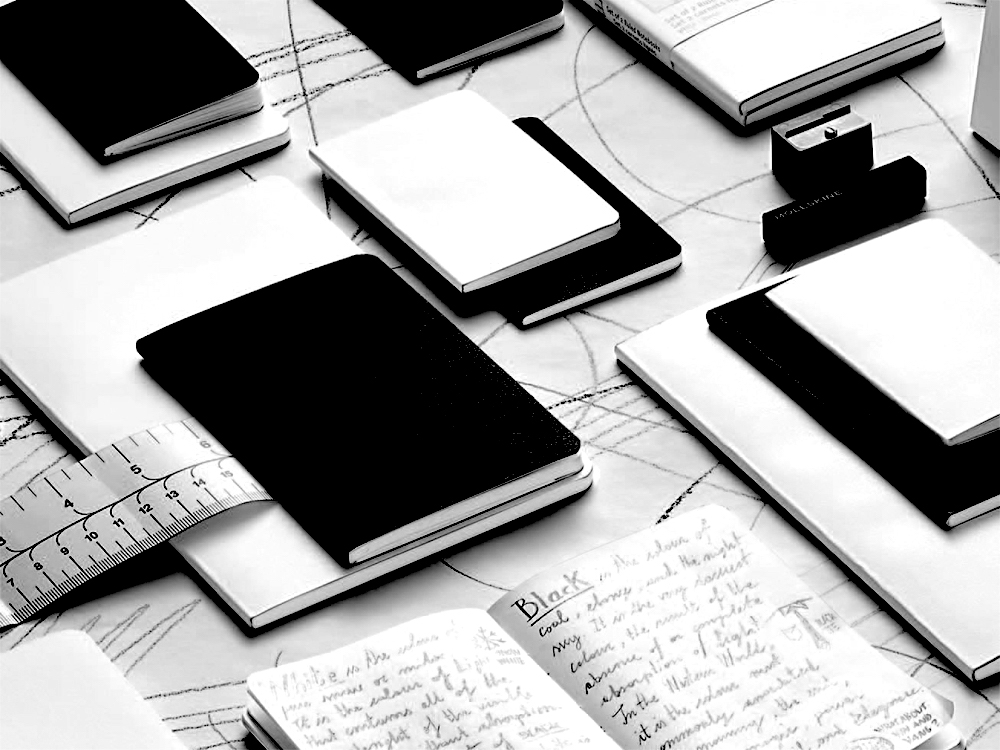 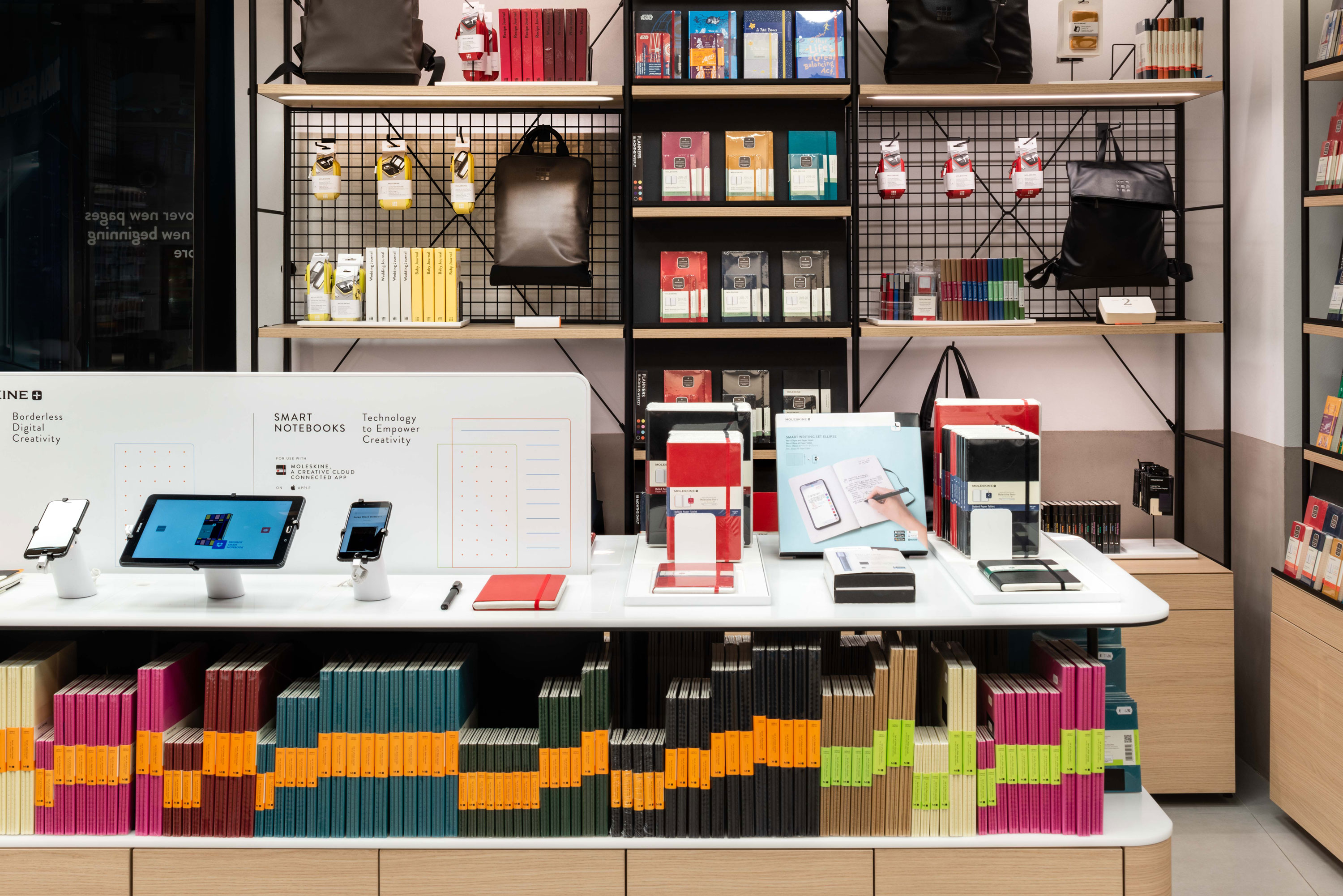 Activations within the store looked at the flagship as a platform for creativity, with a ‘brief printing machine’, an updatable projected magazine, as well as a space for local artists to create across a wall of notepads. 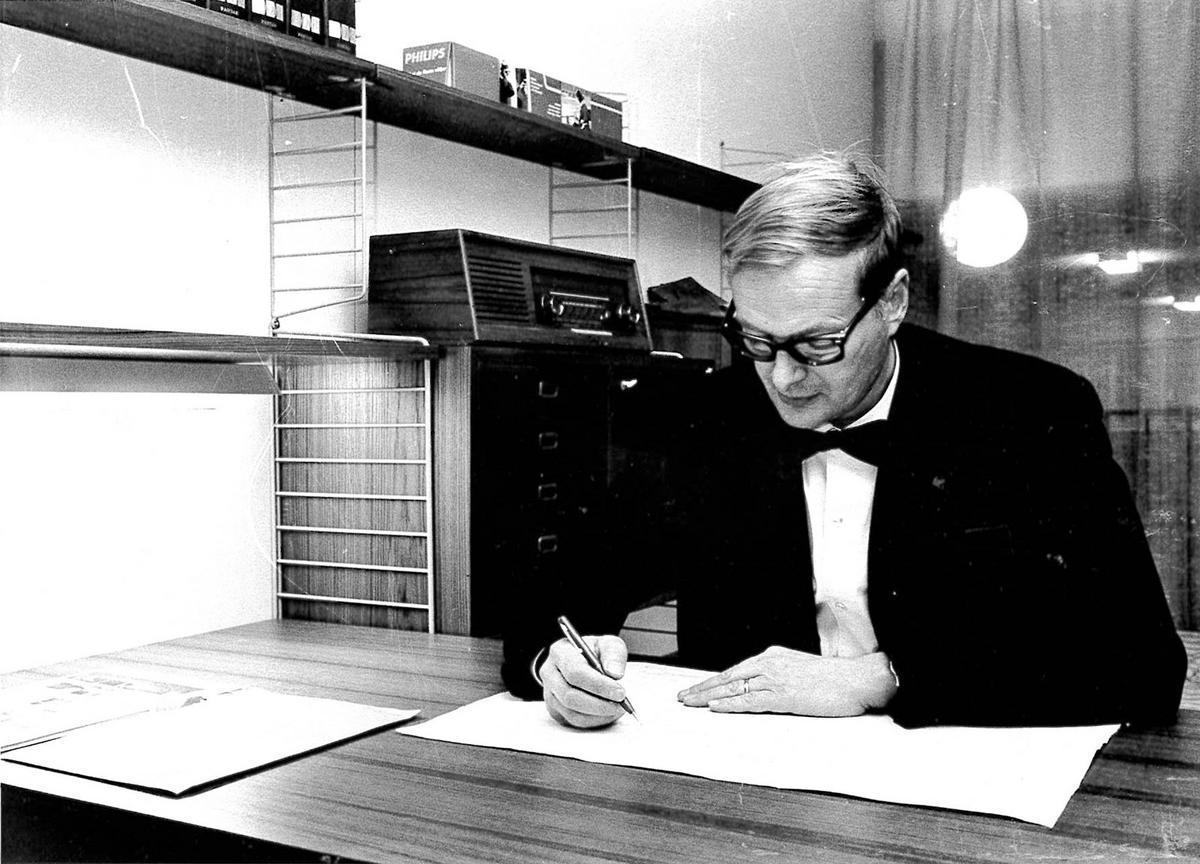 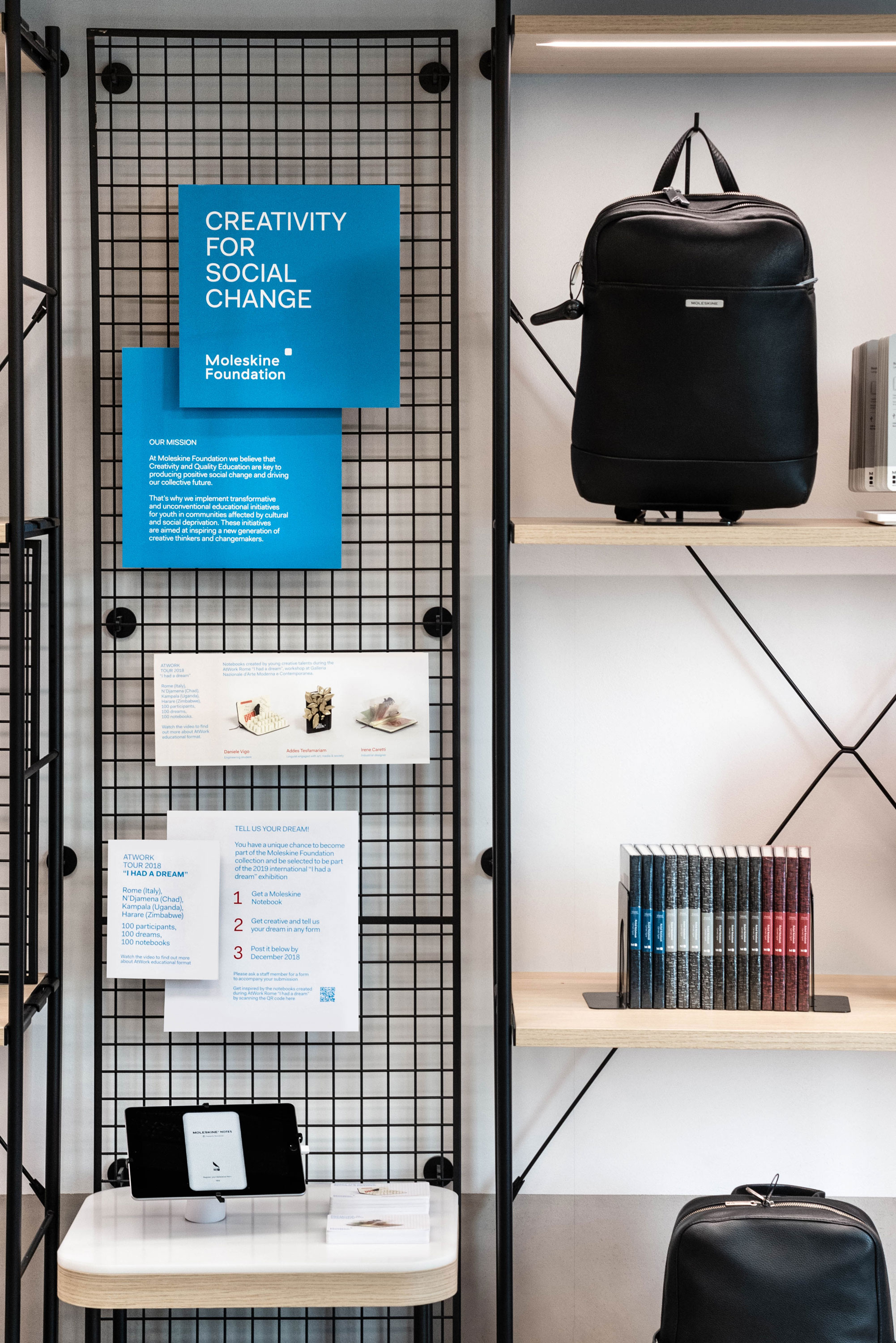 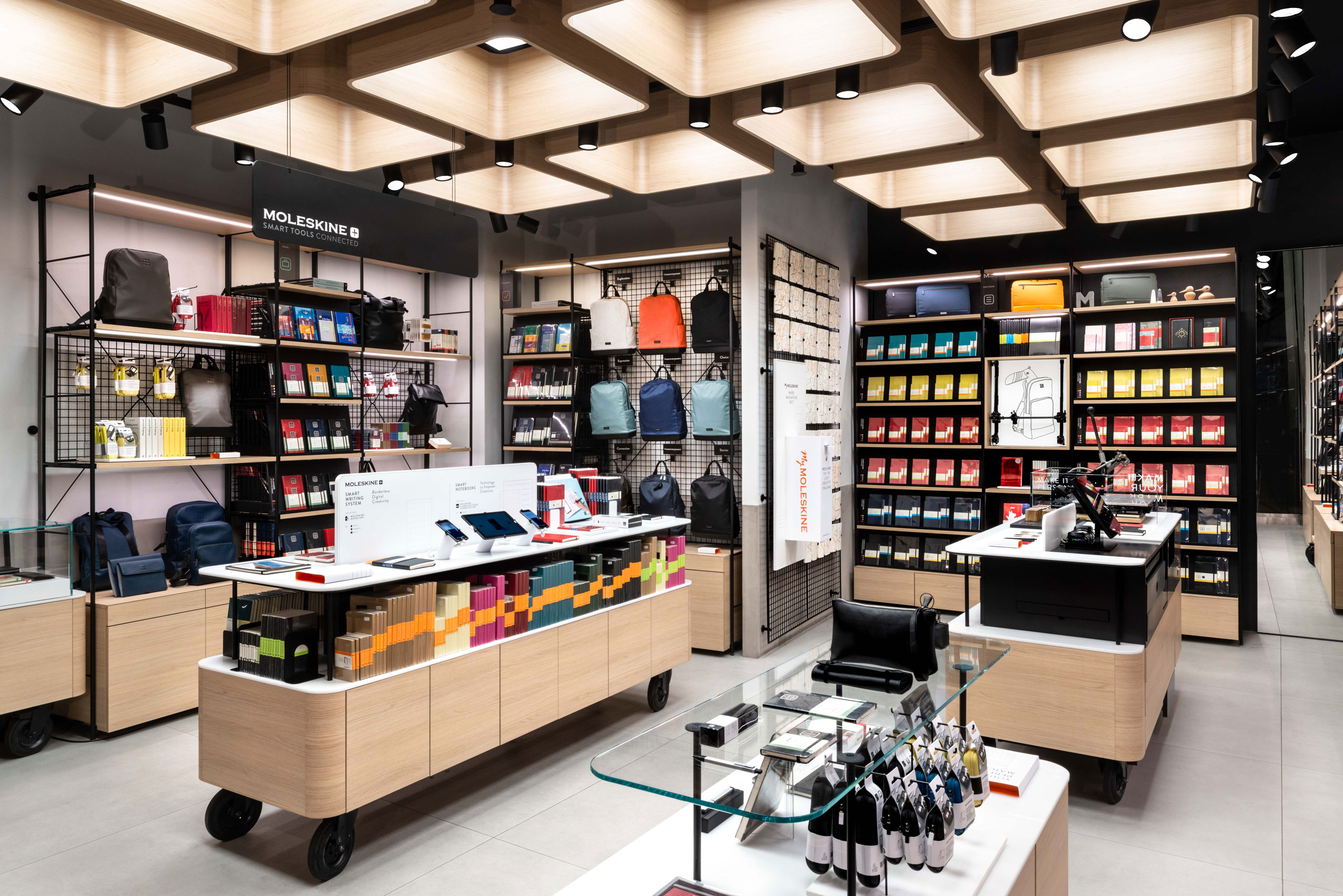